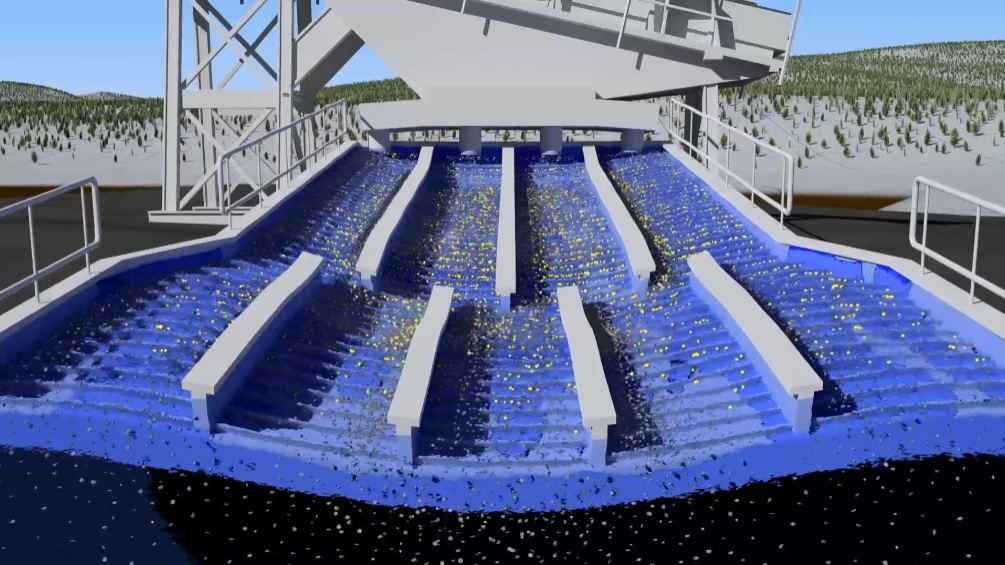 For the last nine months I’ve been working for Fluid Pictures on graphics for Raw TV’s Gold Rush, a documentary series for Discovery Channel.

There seem to be two responses to the above. One is to ask what the show entails, the other is to ask why on Earth it needs visual effects. I tend to think of the Gold Rush work to be 3D graphics rather than VFX as it clearly isn’t aiming for a photoreal aesthetic. Unfortunately it’s this that keeps the show off my reel as the two styles clash. Luckily for me, Fluid have their own reel of graphics we’ve made!

I’ve personally been involved with season 10-12 and even a few shots on season 9. Each season is around 24 episodes long, with earlier episodes being broadcast as the later ones are edited. This time constraint, with a delivery every week, means graphics can’t be too fancy or they would continually fall very short of the client’s ideal.

That all being said, we used Houdini as the 3D software of choice, usually used as a straight VFX tool. The node-based methodology, excellent terrain tools and a fairly logical workflow worked in our favour. It was the first time where locations could easily be referenced directly from GIS data. We made tools for drawing out rivers, the cuts in the ground, tree distributions and so on, such that we could concentrate on the shot content. Much of the time the graphics explain how things work or the challenge of moving material from one location to another, but also mechanical things break, especially those with moving parts, so many of the graphics are there to show the problem and how it’s solved.

Oddly there are still technical challenges on this show, with Houdini FX actually being necessary for smoke. Also, although we had simpler Houdini Core solutions for dirt, water and conveyors, we needed to show these things going wrong dynamically or illustrate a point close up.

The show has improved my Redshift 3D skills and made me learn about HDAs, rigging excavators, POP fluids, and machining engine parts using VDBs. That being said, three series is enough for me now. I’m moving on to pastures new with actual VFX work on actual plates.

Gold Rush, at times in its life the most watched show in America on a Friday night, is available on the Discovery network of channels and Discovery+ in the UK.